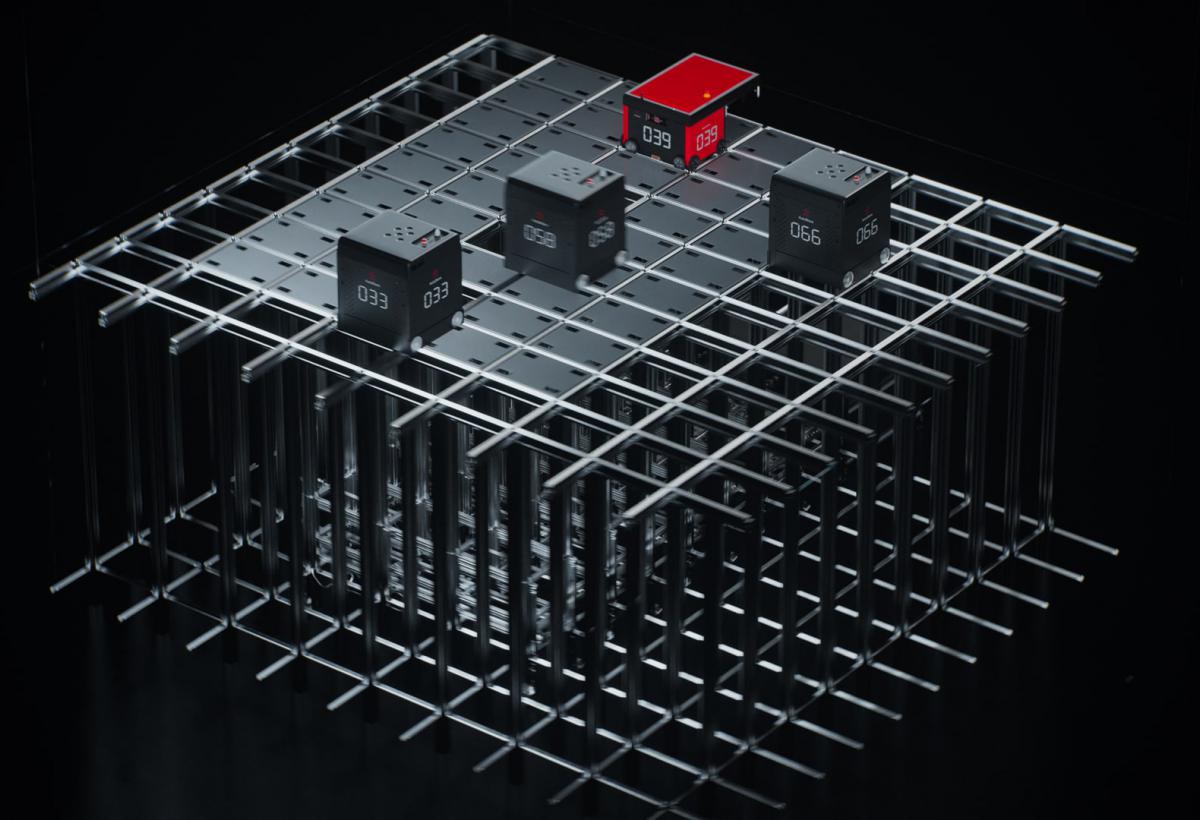 During the upcoming LogiMat in Stuttgart, the B1 will be a big crowd pleaser for both AutoStore and Reesink Logistic Solutions, which is marketing the system in the Benelux. The Black Line Series stands out thanks to new technologies that increase the AutoStore system’s capacity and expand its storage capabilities. Moreover, the new Black Line technology has halved the size of the robot, which makes advanced driving patterns and higher speeds possible. Thanks to the robot’s taller body, the B1 doesn’t carry the bins at the side like the R5 Robot but transports them in the hollow in its body and can lift, position and collect taller bins. Instead of a maximum of 330 mm, the new bin is 425 mm tall, which means that AutoStore can now process more and/or bigger goods.

The new and lighter Robot B1 doesn’t just drive faster, it also takes less time to reach this speed thanks to the new direct drive. With this technology, the acceleration speed is 75% higher than that of the R5, with an average capacity gain of 20% compared to the R5. And the B1 Robot never stops, not even to recharge. This is made possible by the patented BattPack technology that enables the robot to pick up a fully-charged battery itself whenever it needs one.

With a faster robot, it’s important to have a fast workstation too. That’s why the Black Line concept now includes the RelayPort. This modular workstation consists of a picking module and buffer modules. Every workstation has 3 to 6 buffer modules and can process up to 650 bins per hour. Thanks to the buffering system, the robots can play a double role. So every time they drop off a bin they also take another bin back with them.

The Black Line series can be seen live in action during LogiMat 2019 in Stuttgart, which takes place from 19 to 21 February in Messe Stuttgart, Germany. Reesink Logistic Solutions will also be at the expo, at Stand A31 in Hall 2. The stand is directly opposite the AutoStore stand (Hall 2, Stand A21), where the Black Line will be the central theme.