The building process of the new Euroma warehouse in Zwolle is in full swing. As we speak several product groups are implementated. The first three of in total six Lalesse stacker cranes have been installed, as well as two mini load cranes placed above each other (see picture 5 and 6). Racking are installed at high speed and October 3 the highest point was celebrated.

Not only in Zwolle the production is in full swing. At the production location in Duiven a lot of work is being done on the construction of the conveyors. A total of 500 meters of conveyors will be installed in the warehouse. The elements are transported assembled to the site, so that the installers men on site can install them as quick and efficient as possible.

↓ Scroll down for photos ↓ 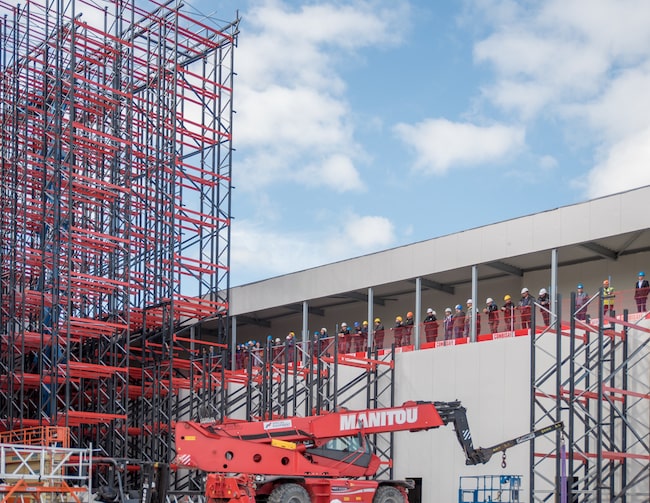 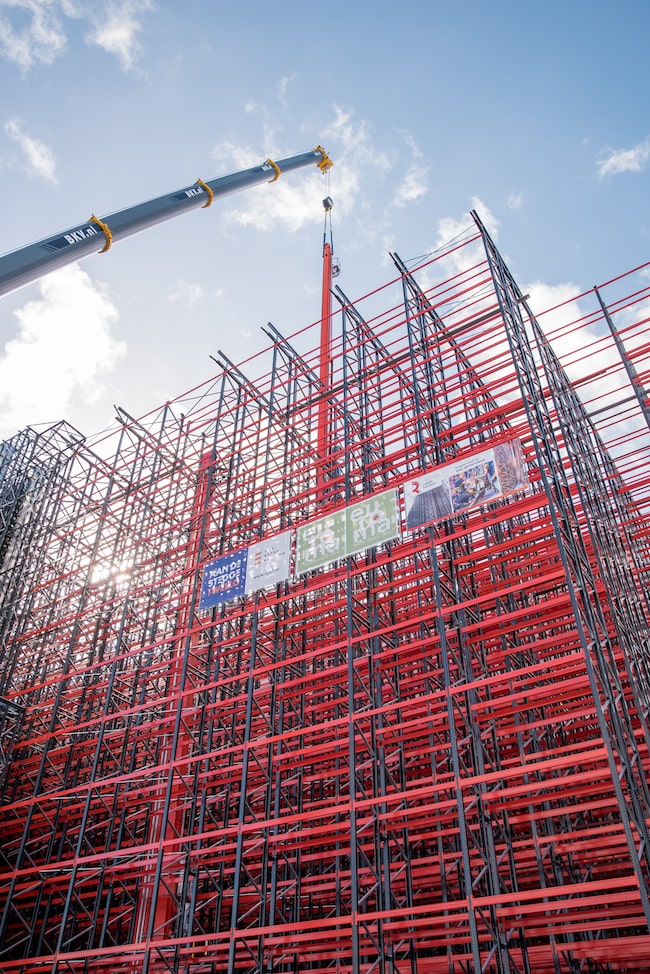 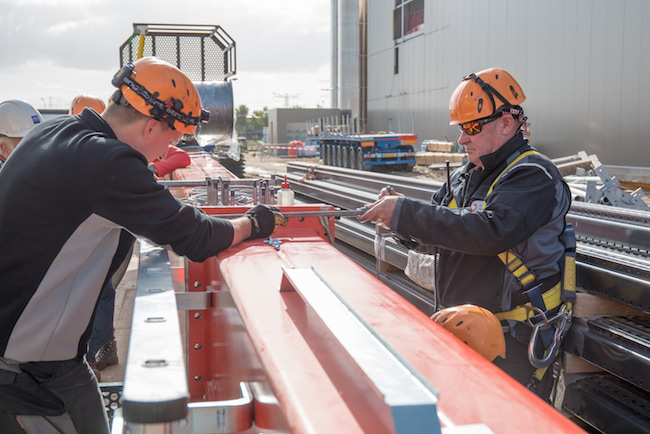 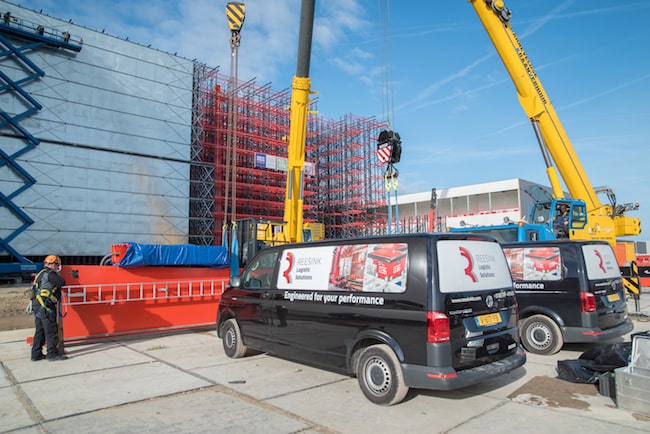 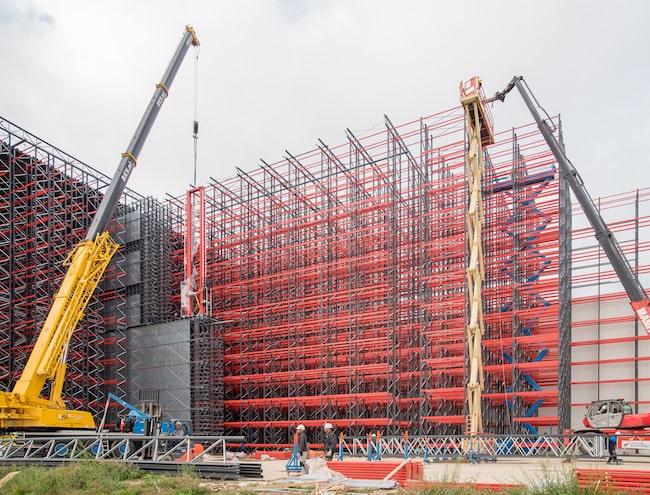 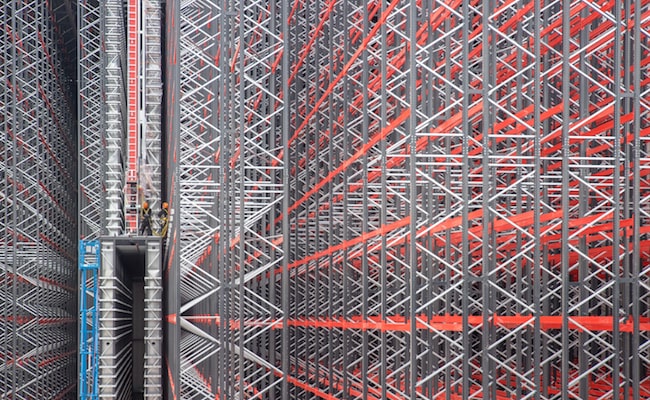 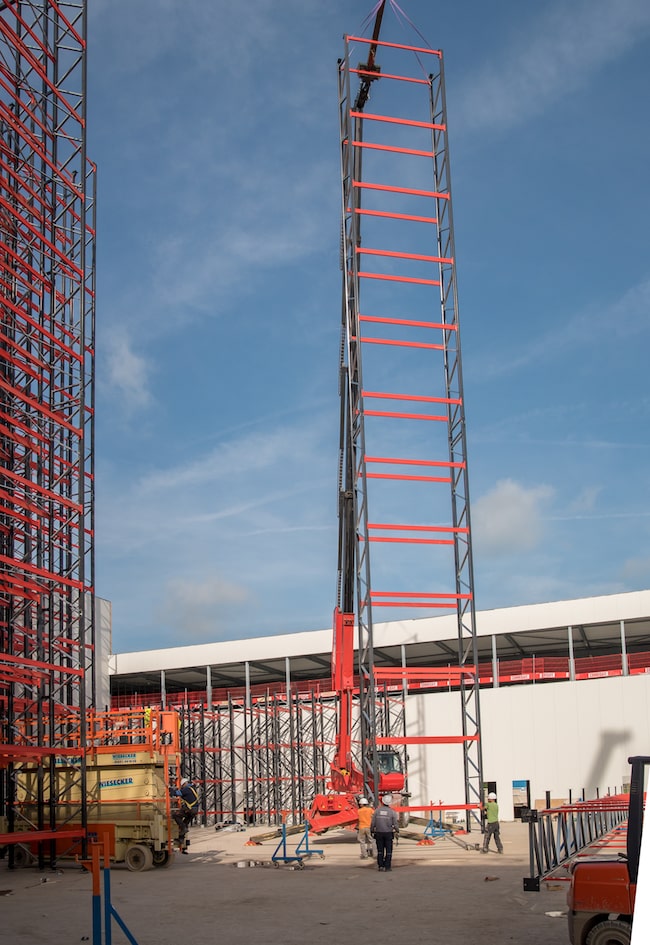 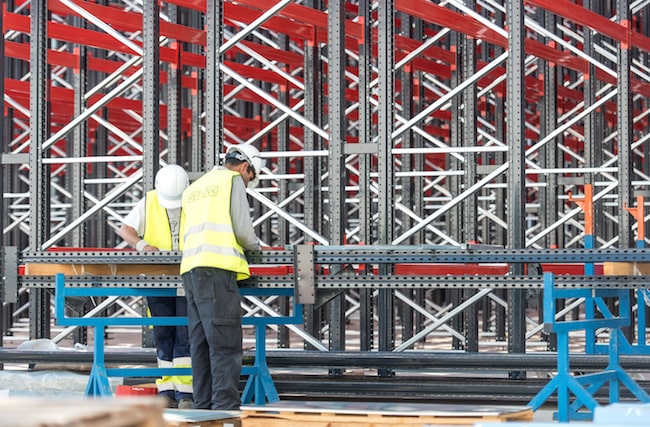